Little libraries, talking cats and creating your own places 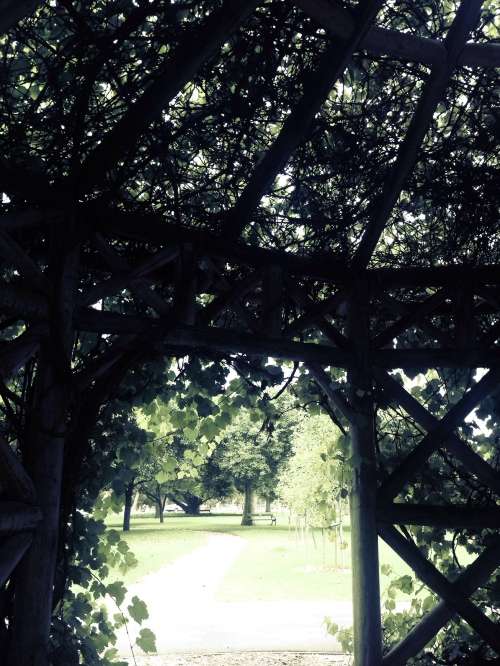 I heard an interesting interview on ABC Radio National on the weekend, while driving around in my car from place to place (specifically from a ukulele festival  in the inner northern suburbs to a birthday party on the north-eastern rural fringe of the city). The interview was with social geographer, Alistair Bonnett, who was talking about his book Off the Map: Forgotten islands, abandoned spaces, feral places, invisible cities and what they tell us about the world.

Apart from competing for the longest ever book title, one of the fascinating points he raised was around children and place. He said that one of the most important things was to let children create their own places, and that in today’s western culture and context, children can often only create virtual places (on websites already designed and governed by adults). The discussion took me back to the places we created in childhood.

I grew up in a house where there were numerous books in bookcases and in my own way I began putting together my book collection in my bedroom. Then my brother and I would play libraries in there. We made the old cardboard school-library cards to go inside each book and we’d take it in turns to be the librarian and the borrower. Somehow we also mixed it in with the characters from a TV show The secret lives of Waldo Kitty and I seem to remember us as Waldo and Felicia (cats from this show that featured real cats with dubbed voices having adventures) coming in to check out books. I have maintained an affinity for libraries (and cats) and have always loved having tall bookcases in my home that loom over everything else.

Another time I remember turning the wooden garden table into a pirate ship and inserting a pirate flag through the hole that was supposed to fit the garden umbrella. I’m sure we also had numerous cubby house experiences and we’d climb trees and pretend we had a tree house. We were also obsessed with the Famous Five and Secret Seven and would scheme to create a club house in a shed or other space.

When I was a child, my mother might come into my room and see mess and tell me to clean it up, but to me it was usually something else, the paths of clothes were grasses in a murky sea that you had to push through on your adventure to find the path to the castle, like something in The grass beyond the door by Catherine McVicar (which also featured a talking cat). If I’d found Narnia in the back of my wardrobe, I would have been ecstatic. Unfortunately my wardrobe wasn’t even big enough to climb into.

It is amazing the worlds you can imagine with the most ordinary of props, when a lot of today’s toys are very prescriptive. Adults and children alike, next rainy day, grab a cardboard box, a bed sheet, a broomstick and a marker pen and see what place you can create.

Filed under A creative life, An adventurous life

2 responses to “Little libraries, talking cats and creating your own places”