What’s in a crowd? 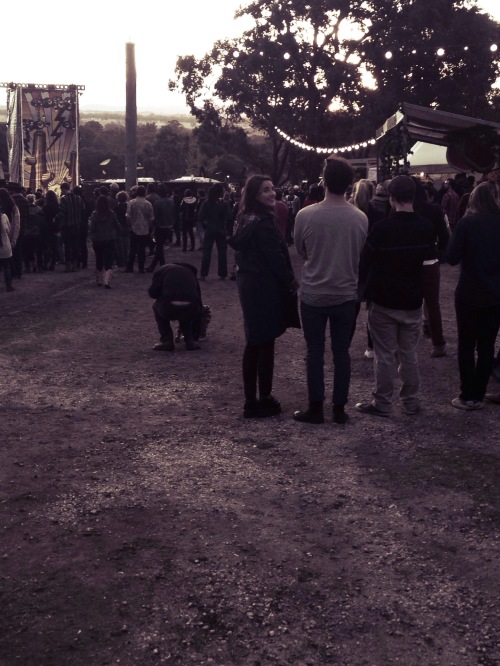 I like crowds. There, that said I’ll go on to qualify: I haven’t really been in one, but I’m not fond of the thought of violent soccer crowds. Nor am I fond of sardine-can packed trains where your head is in someone else’s armpit, and someone else’s designer solid-NASA-space-shuttle-grade-material handbag is digging into your hip, or the air-excluding never-ending passport queue between the train station in China and the crossing into Hong Kong. I almost had a Victorian-era fainting fit in that queue. I’m not much for the 5am Boxing Day sale crowd either, not being prepared to push and shove my way to a ‘bargain’. And I’m fortunate not to have been in a riot or angry political protest. Whether you like a crowd or not depends on the mood of and context of the crowd in question.

One of the crowds I’m fond of is the morning, lunch time and evening pavement crowd – the purposeful crowd of city commuters, there’s no sense of threat about this group – unless it’s the threat of capitalism. They are on their way somewhere, perhaps dour-faced like a John Brack painting, but alive and moving like a machine or an orderly ant parade. There is a pattern and rhythm to their movement.

Another crowd I like is the meandering group of tourists, school groups and observers of life. These crowds are curious, noticing what the commuters ignore in their purposeful striding. They point, they wander, they get lost. They explore the by way and the dead end, all the while talking & laughing.
A third group I recently became acquainted with from the inside: the protest group. In Melbourne these often gather on the steps of the State Library, and then March down Swanston Street. Banners, badges, hats and sturdy shoes take them down the road as they hold up traffic and make their point. In this country these protests can be passionate, but again not normally violent. They have a purpose and a rhythm, but their presence is transitory.

When I think about large groups now, I also think of crowd funding. The power of a digital community, who put their support behind a cause, putting pressure on governments, corporations or individuals, in a quest for change, justice or just to get a quirky idea off the ground.
Probably because these are my leanings, crowds to me come back to aesthetics and to purpose and the power of gathering to further a cause. There can be such beauty in the movement of masses, but I certainly acknowledge there can be terror – marching soldiers are purposeful and rhythmic but certainly not benign.

We have a lot of expressions about gathered groups: ‘lost in the crowd’, ‘standing out from the crowd’. Sometimes the anonymity of a group is desirable, but other times we struggle to be seen as separate from the group.

Crowds are an assault on the senses – thousands of different conversations and sometimes different languages -compete with each other – phrases are overheard out of context – noises rise and fall – a crowd creates an atmosphere and mood. I spare a thought for those who can’t gather in free groups or for whom a crowd is a grim or terrifying memory. I celebrate the power of people to voice concern and gain courage together. I admire the spectacle of human society – we move we change, sometimes fast and sometimes slow, we indent our comings and goings in the pavement of life.

Filed under A creative life, A deliberate life