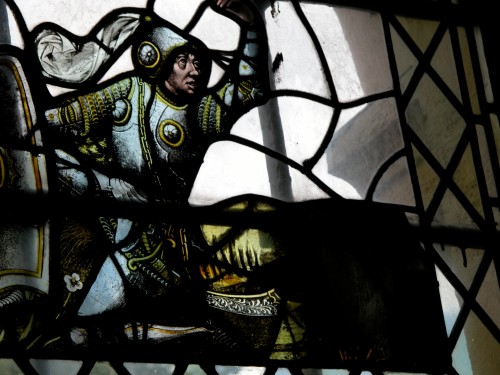 Who are our heroes? Who do we look up to and why? The strong? The talented? The verbally skilled? The Everyman/woman? Who inspired you when you were a child? Kings, knights, super heroes, princesses, librarians, veterinarians, chefs or vegetarians? Here are five of my disparate childhood heroes. Who were some of yours?

To my mind she was a woman and an actress ahead of her time: she wore pants a lot in the movies when the other women wore dresses, after her initial short-lived marriage, she never married again, but had a series of unconventional relationships. In movies she was sporting (Pat & Mike), opinionated (The Philadelphia Story) and spirited (Bringing up Baby). Her appearance and her voice were a bit out of the ordinary – she was striking with her pronounced cheekbones and sharp voice and had a strong presence on screen. Personally she had her fair share of tragedy, but she had a long career of roles spanning nearly 70 years, from roles of naïve young women (A Bill of Divorcement) through to elderly (but still spirited) women (On Golden Pond). Her long life included her lengthy and unconventional relationship with Spencer Tracy, who she also played opposite in a number of great movies, including Desk Set, from which film I learnt incidentally all about what a palindrome was! And it never hurt that she also made a number of her earlier films opposite the charming and handsome Cary Grant. To me she was a unique and versatile actress and a role model for women.

In a completely different vein, I believe my mother was horrified when I got into rugby league as a child (I started watching it because it came on TV after my regularly scheduled viewing of Nancy Drew). Peter Sterling was the half-back for the Parramatta Eels rugby league team during the main period in which I watched rugby. I was drawn to him because he was small and fast (not like some of the players in the other positions who were big and bulky and built for scrums) and he seemed to be everywhere on the field weaving in and out and scoring points. Even if he was tackled by someone larger, he always seemed to come out fighting. During the 1980’s when Parramatta won a number of premierships, he was a star player and I always wished girls could play rugby league too.

Sydney indie ska/rock band Spy v Spy were amongst my childhood rock and roll heroes. As a kid I really questioned why everyone seemed to write those ‘boring love songs’. Why were so many songs about love (or sex)? Wasn’t there anything else in the world to write about other than broken hearts or love hearts? Spy vs spy wrote and sang about individual and social injustice. With their rock guitar sound, they put power behind the plight of murder victims, the homeless and marginalised and asked questions about our society. I had all their albums on vinyl and got to see them live once. The combination of the energetic, powerful guitar and drum-driven sound and their political message drew me in, and I thought Doc Martens were cool after having a poster of the Spies wearing Docs on my wall. I wanted to grow up to play rock guitar in a band and sing about the world’s injustices.

4. George from the Famous Five

I always thought Anne was wet: she did dishes and made meals and was kept out of the ‘dangerous’ aspects of the Famous Five adventures by her older brothers, Julian and Dick. They tried to keep George out too, but she embraced adventure and refused to conform to stereotypes of obedient young women of the time. Coming from my own time, I was incensed that the boys would try to exclude her from adventures and that she would be expected to instead attend to domestic matters. She was a tom boy, a spirited heroine who spoke her mind and, with her dog Timmy, she ran headlong into the heart of any mystery. She never wore dresses and I went through an anti-dress phase, seeing it as a form of anti-feminist oppression. I’ve since reconciled with dresses, but my admiration for George’s spiritedness lives on.

When I got to University and first joined the Archaeological society, I discovered that along with me, most others had been inspired to study archaeology after we were brought up on a childhood diet of Indiana Jones movies – especially Raiders of the Lost Ark. During the course of studying archaeology we learnt that what Indiana Jones was doing was actually ‘treasure hunting’, where he looked for particular objects and scandalously ripped them from their cultural context with no regard for stratigraphy. However, he made history and archaeology seem cool and brought the past to life, so he remained my dusty book-learning, action-embracing hero.

Filed under A reflective life